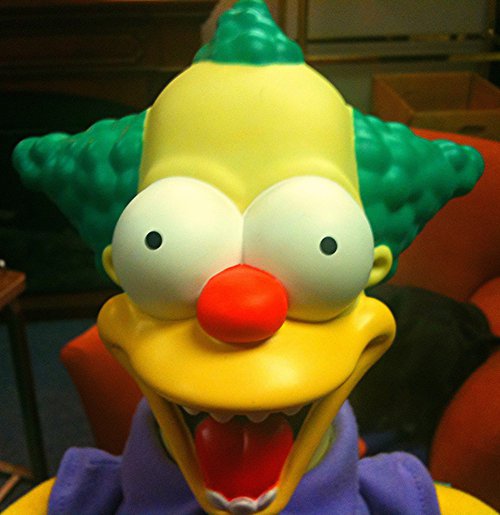 Some time back, Paypal, through their collection agency, American Coradius International, began collection efforts from me for an account that wasn’t mine, and that I had no knowledge of. I was pissed, and I blogged and tweeted about it.

Apparently, Paypal can’t be bothered to create an effective anti-fraud mechanism, because literally dozens of people since then have contacted me with similar stories: Suddenly, they receive collection notices from American Coradius, and the consumer has no idea what the heck is going on.

So – fast forward several months, and… Oops, they did it again. I just received this collection notice from ACI / Paypal, once again for an account that I’ve never heard of, asking me to kindly pay up $480.00. Just because they can’t be bothered to check these things out, and apparently grant credit to anyone, willy-nilly, without checking to see if they are granting credit to a real person.

Sheesh. I’m off to sue them now. This kind of behavior by Paypal and American Coradius is simply unacceptable. 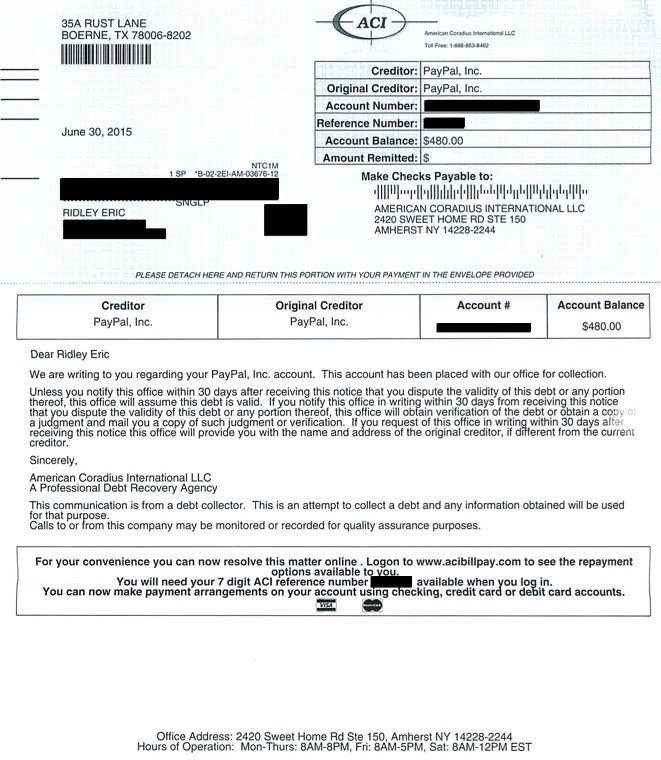 Why am I suing? Because, in my opinion, this repeated lack of diligence is a violation of California’s Rosenthal Fair Debt Collection Practices Act (Cal. Civ. Code §1788), which applies to original creditors, and which prevents abusive debt collection practices.

While ACI’s letter, in and of itself, may be compliant with all of the laws which regulate these matters, the fact that Paypal and American Coradius have failed to prevent a SECOND fraudulent account from being opened in my name, does not speak well to their practices and procedures. This may also be a violation of other statutes in California (Unfair and Deceptive Acts & Practices), which are in place to keep consumers safe and free from harassment.