49 Collection Calls in 18 Days is NOT Harassment 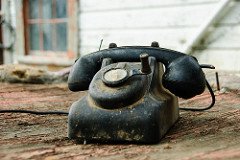 I sue debt collectors. However, sometimes my clients believe they have been harassed by the high volume of calls coming into their cell phone from various collection agencies.

According to a federal magistrate judge in California, a collector for Synchrony Bank who called a debtor 49 times in 18 days was NOT harassing the debtor. In part, this is because the debtor never answered the phone, but let the calls go to voicemail.

On February 27, 2017, a United States district court judge in California issued Findings of Fact and Conclusions of Law in a bench trial that found no FDCPA violation by a debt collector who had made 49 call attempts to a consumer in 18 days.

The case is Hinderstein v. Advanced Call Center Technologies, (Case No. 15-10017, U.S. District Court, Central District of California.) A copy of the Finding of Fact and Conclusions of Law can be found here.

Plaintiff, Robert Hinderstein, had a GAP-branded credit card, issued by Synchrony Financial (Synchrony).  In or around early 2015, plaintiff was delinquent on his GAP credit card and maintained an outstanding balance of approximately $2,202.00.

On April 3, 2015, Synchrony placed plaintiff’s credit card account with defendant for collections. Defendant engages in the collection of debts on behalf of creditors, including Synchrony.

On the same date, defendant mailed plaintiff a Debt Validation Notice to the address provided for plaintiff by Synchrony. This was the only written communication between the parties prior to the commencement of this action.

Thereafter, defendant attempted to place telephone calls to plaintiff for the purpose of collecting plaintiff’s debt on behalf of Synchrony. From April 23, 2015 through May 10, 2015, defendant called plaintiff at least 49 times.

The parties agreed to waive a jury trial and consented to proceed before the Magistrate Judge. On December 30, 2016, the parties filed cross-motions for summary judgment. After reviewing the cross-motions for summary judgment, the Court held a telephonic status conference on January 30, 2017, during which the parties clarified and mutually agreed that they desired a bench trial on the papers.

“Section 1692d of the FDCPA prohibits debt collectors from engaging “in any conduct the natural consequence of which is to harass, oppress, or abuse any person in connection with the collection of a debt.” 15 U.S.C. § 1692d. The statute includes a non-exhaustive list of conduct that constitutes harassment, oppression, or abuse, including “[c]ausing a telephone to ring or engaging any person in telephone conversation repeatedly or continuously with intent to annoy, abuse, or harass any person at the called number.” 15 U.S.C. § 1692d(5).

Although the Ninth Circuit has not addressed the required proof of intent to annoy, abuse, or harass under Section 1692d(5), district courts generally agree that intent may be inferred from circumstantial evidence, such as the nature, pattern, and frequency of the debt collection calls. However, there appears to be some disagreement as to the specific nature, pattern, and volume of calls that are sufficient to demonstrate a violation of Section 1692d(5). Based on a survey of cases addressing FDCPA liability, it appears that, absent egregious conduct or an intent to annoy, abuse, or harass a debtor, merely calling a debtor repeatedly, even multiple times in a single day, does not violate the FDCPA.

Here, plaintiff contends that defendant violated the FDCPA by repeatedly and continuously calling him approximately 49 times in a 18-day period. Although the number of calls does seem relatively high, plaintiff has not adduced evidence of egregious conduct on the part of defendant. All calls were made between 8:00 a.m. and 9:00 p.m., defendant allowed at least 90 minutes to elapse between each call, made no more than five calls in a single day, and did not call plaintiff’s work, family, or friends.

Based on the facts and circumstances in this case, the Court concludes that defendant’s conduct did not constitute harassment, oppression, or abuse in violation of the FDCPA.”

MOST AMERICANS’ WEALTH IS LOST BY THE 3RD GENERATION A New Revolutionary Estate Planning Method Aims to Solve This Widespread ...
Learn More

How do estate planning attorneys help our clients?
Learn More